Three years ago, I moved with my family, wife, two kids and two dogs, from Sweden to California to work for a subsidiary of a Swedish company called Jayway Inc.

Jayway Inc. was located in Palo Alto, the heart of Silicon Valley. Silicon Valley is a wide valley that is situated between two mountain ranges, the Santa Cruz Mountains along the cost, and the Diablo Range on the other side of the bay. The area is known as "the Bay Area" to locals since the bay stretches through the whole valley from San Francisco in the north to San José in the south. 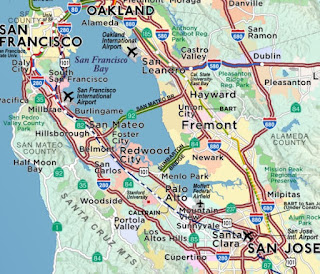 San José, the lesser know of the two cities is actually the larger of the two with a population of more than 1 million. San Francisco has around 800 thousand.

During my three years I mainly worked for Walmart and it's membership part, Sam's Club. Walmart is the largest private company in the world, both in terms of revenue, $500 billion, and in terms of employees, 2.2 million. There are two non-private organizations which have more employees than Walmart, the U.S. and the Chinese armies.

Working in a huge organization like this may be intimidating, but the teams I worked with were surprisingly nimble and we were expected to take initiatives and responsibility for what we did. There was no micro-management and, if anything, I have had to little input on what direction to move in.

The three projects I worked in were very disparate.

The first was the test tools team, where I helped out to build tools for testing mobile applications "in the cloud" with Sauce Labs and Firebase Test Lab.

My second project was a re-write of the backend for Sam's club's Scan and Go application. An application where you use your mobile phone to scan products and checkout without having to stand in line.

In my third project, I worked on Kubernetes for WCNP, the Walmart Cloud Native Platform. A cross-platform offering that allows Walmart teams to deploy their applications to GCP, Azure, and one of 5000 VM-Ware installations in the stores and distribution centers. Quite a challenge.

When not working, it's possible to do anything in the Bay Area.

The mountains surrounding the bay, twenty minutes away, allows for hiking and mountain biking. On a typical trip you will see wild turkeys, coyotes and deer, and if you are really lucky, mountain lions.

On the coast, the waves are spectacular and provides among the best surfing in the world. Half Moon Bay, and Maverick's beach is host to a yearly big wave surf competition known as Titans of Mavericks. 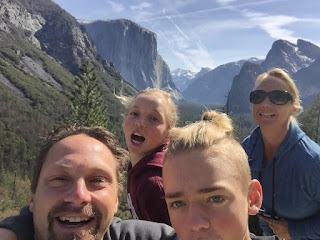 If you are fond of climbing, Planet Granite has three climbing centers in the bay area and if you want to climb outdoors, Yosemite National Park is less than 4 hours away. I recommend watching "Valley Uprising" and "Free Solo" before you go. 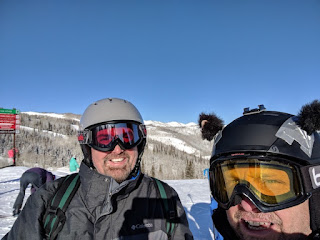 For skiing, Lake Tahoe is 4 hours away, depending on traffic. Our longest trip took 12 hours.

Lake Tahoe holds a number of skiing resorts. During our time in the states we tried out Heavenly, Kirkwood, North Star and Squaw Valley. They were all good for different reasons.

Traffic is awful! The 101, a 5 lane highway through the heart of the valley is congested during rush hours. Rush hours are between 7 and 10 in the morning and 4 through 7 in the afternoon. At this time it will take you at least twice as long as it normally does to go from one place to another. This means it will take two hours to go from San José to San Francisco, if there are no accidents!

The 101 is also far from a safe highway. Many places have potholes the size of a tire and if you are not paying attention you may easily get a flat.

Taking trips to Tahoe or Yosemite on popular times, such as the weekend, will also take you a long time even if the weather conditions are good. If it's a snow storm, forgettaboutit!

One way to speed up your travel is to use the car pool lanes. This is one or two lanes that are dedicated to people with two or more people in it. This helps, but since you may also use it if you drive an electric car, in the area where there is most Tesla's per capita, it doesn't help much.

And since this is the U.S. of A., there is another solution, Pay for it. In many areas, the car pool lane has been replaced with a Fast-Track lane, it allows you to pay to use the lane and the price depends on what time of day you are driving. Why should the rich have to wait for poor people? That is just silly!

Americans also drive differently than Swedes. Many drivers choose one of the lanes and then stick to that lane for the entire trip, no matter what speed they are going. It's quite a contrast to Sweden where the left lanes are used for passing and you normally drive in the right-most lane. 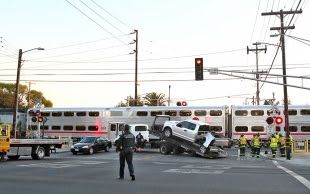 Caltrain is a train that runs through the entire valley, from SF in the north all the way down to Gilroy in the south. It is diesel powered and feels very dated compared to the Swedish trains. The road crossings are amazingly stupid. Most are in the same plane as the roads and often have a traffic light on the other side of the track with room for one car. It is easy to become stuck on the tracks when the lights switch to red. A lot of accidents has happened because of this. 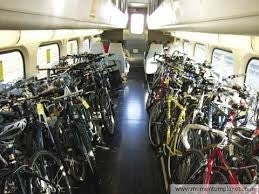 Not everything is bad about the trains though. The cars have two floors and can fit quite a lot of people. But, the best part is the bicycle cars. These are cars where the lower floor is for bicycles and they take around 40 per car. This is awesome and better than anything I have seen anywhere in Europe.

The bikes are stacked along the walls and the loading and packing is managed by the riders. It is simplified by most bikes having a label describing its destination.

Everything costs money here. A membership in the YMCA, one of the cheaper training facilities, costs about $80 a month. If you want to go to a more fancy place, it can easily set you back $250 a month.

Lunch at an okay restaurant will cost you about $15 with water to drink and no tip included. The normal tip for food and drink is 18 percent. Tipping at a service facility such as a massage parlor is 20 to 25 percent. Get used to it. That's how it works here. 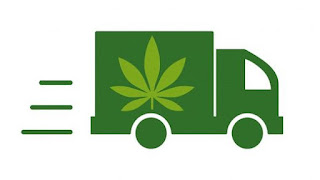 But, if you spend money, you can buy anything. There are wineries and breweries everywhere, not just in Napa and Sonoma. Want to smoke some weed? Just go to any of the local dispensaries or have it delivered to your door. Cannabis is legal in California for both medical and recreational use!

What else can you have delivered? Any food can be delivered by DoorDash, GrubHub, UberEats or any of tens of other delivery services.

Want to have yourself delivered? Order an Uber or a Lyft and you will have a car at your door in less than five minutes that takes you where you want to go. It even works at 5 in the morning when you need to catch an early flight.

Going to the doctor or dentist may also cost you if you are not paying attention. Even though the Jayway insurance was really good, a doctor may still (a dentist will definitely) suggest that you get a procedure that is not included. Always ask "Is it included in my insurance?" before you say yes to anything.

The health care system is very good, if you have good insurance. The health care providers I was in contact with had very short access times and it was easy to an appointment. They were also proactive and scheduled a variety of different checkups to help me stay aware of my health. 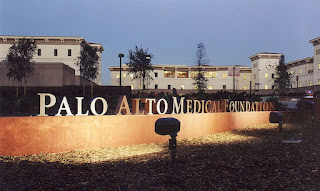 In Sweden this is not the case. Most people go to the doctor when they are sick and not to prevent you from becoming sick.

When I go to a doctor in Sweden, I would say that they will take the minimum amount of tests that they think are required. In the US, it felt like the opposite was true. A lot of tests seemed to be taken that were not strictly necessary, but they could be motivated and they will profit the hospital and thus were taken.

This may be good for you as a patient, but it is not good for society as a whole since it is wasteful and will increase the overall cost. 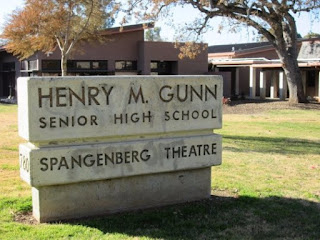 The schools that my kids attended were awesome. They are ranked as some of the best public schools in the country and when I compare it to the schools that I went to when I was young, both in Sweden and in the U.S., it is fantastic. The students are motivated and so are the teachers. My son, who didn't do much in school in Sweden, did his homework without any interference from us. Talk about positive peer pressure. Even though the schools are technically free, you are expected to give a voluntary donation of $500 per child and year. 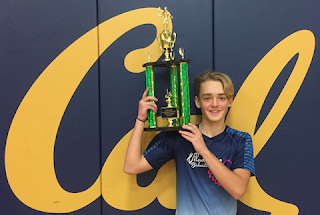 Sport as part of the school activities is free(ish), but if your kids want sports outside of school, they have to join a club. The clubs are great, but expensive. My daughter's diving practice has an Olympic coach from Ukraine, they practice 6 days a week and it costs us $550 a month and nothing except training is included! For comparison, her Swedish club, costs about 600 SEK ($60) a year and travel to all competitions is included.

If you ever been in contact with a U.S. Government you know why so many Americans are republicans. Any contact with DMV or IRS makes you want to kill yourself. The only reason there aren't any DMV shootings in the United States is, because they have a metal detector when you enter their facilities. People probably go and shoot up the nearest school after their latest Governmental visit.

Watching the following DMV scene from Zootopia will give you a rough idea, but reality is worse.

The weather in the Bay area is typically sunny from the beginning of April to the end of October. This is quite a treat for a Swede! It's nice to be able to plan a hike or a BBQ for next week without having to worry about rain! 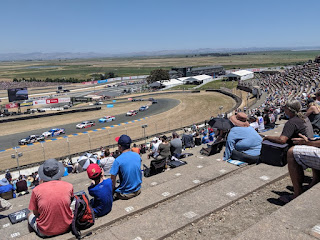 I'll end this with a sunny day at the Sonoma Raceway, you can see the beginnings of the Sonoma and Napa valleys in the background.
Posted by Anders Janmyr at 13:16