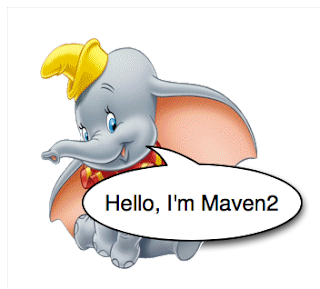 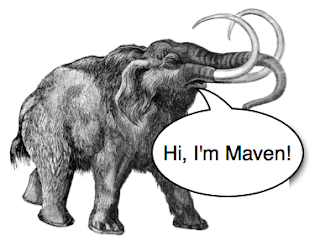 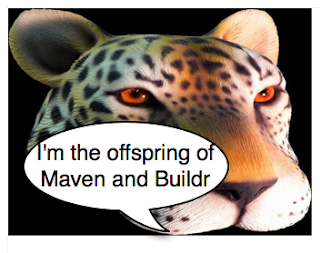 Unfortunately a lot of very talented, well intentioned developers make assumptions about Maven that they don't understand. make-like system, with directly available programming constructs are categorically something Maven avoided intentionally and by design.

That wasn't an arbitrary decision, it was a calculated decision based on looking at hundreds of build systems. I've seen many system like BuildR and Grade, and many of them quite elegant at a technical level. But they all fail at the social level in an organization and become the source serious pain and risk. A lot of developers mistakenly think the build infrastructure is an appendage to their own work and not as a delivery mechanism for production software.

If you want to leverage Maven's infrastructure and write a scripting-based solution around it, you should take a look at Polyglot Maven: http://polyglot.sonatype.org. With that you can write an arbitrary system, with your own DSL to do whatever you like, leveraging whatever degree of the internals of Maven you wish.

However, to counter your point that a programming approach is the right one: in the some of the largest organizations there are I have unwound some seriously twisted build systems put together by over zealous developers who thought only of their penchant to turn everything into a programming task. Not considering that in the largest of organizations many who touch the build systems are not day-to-day developers.

Any decent hacker can make a some form of build system in a day. It's a topo-sorted DAG with actions affixed to the nodes in the graph. Everyone thinks it's this easy and that's all that matters. I beg to differ. Programming approaches to build infrastructure fail in large organizations.

Of over 2000 people surveyed at JUGs and companies in the last two years roughly 3% of people asked cared about POMs in different formats and DSLs for Maven. My take on it is that those 3% are extremely able developers who want the same set of constructs through all of their work. They want to code everything from end-to-end. That's totally fine, and that's why we made Polyglot Maven so that people with your disposition can create these systems.

I imagine that this 3%, if they adopted Polyglot Maven, would likely contribute as much back to Maven's internals as the rest of the 97%. That should give you some idea about the different kinds of people involved. Don't mistake your desire to program at every level, for a real organizational need. I can only try to tell you through my own experience these simply are not the same things.

Take a look at Polyglot Maven, it's probably more akin to the hybrid you're looking for.

Thanks for replying. I will reply with a blog post since blogger does not allow me to use syntax highlighting in comments.

My 'real organization need' is a tool that doesn't get in my way and is easy to use and extend. Maven is none of that.

Also I find it sad that the 'social level' jason talks about in the following sentence regarding buildr and the likes: "But they all fail at the social level in an organization and become the source serious pain and risk". This sounds to me like an organization that focus more on strict rules and conformity rather than creativity and getting things done.

If something is fun to do, I usually do it a lot better than if it is not. Using Buildr and Rake is fun. Using Maven is definitely not fun.

I rather spend time implementing features the business value, rather than maintain my home brewed build/release system...

I also like to spend my time with business features, but when using Maven I spend more time waiting, rather than doing what I would like to do.